Meshing madness, life, and a slew of electronic vibrations, Ay Fast’s Always Crying slices through eleven tracks at varying speeds.  An organized cacophony, the soundscapes produced by Adrian Bertolone span a host of electronica’s self-described sub-genres.  Ambient, dubish and glitchy by turns, the online offering presents a glimpse of our crumbling future. 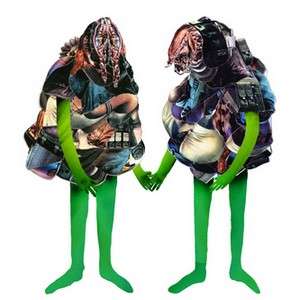 Mechanical reverberations open things up as “Chirped Off That” spacily swirls passed, echoing transmissions and setting the stage over an eerie backdrop before moving toward earthbound madness.  A lazy island cadence bleeds into furiously flashing lenses and bouncing bass wobblings.  “Eat The Camera” then offers some needed advice to the ever growing legions of image obsessed earthlings.

Experimentation merging with composition, Bertolone’s sonic imagery stems from the society our forbearers left for our corruption.  “Kong Doom” opens with news of a failed drug test, clicking into a spin through the radio dial as a business decides they made the wrong choice based on a laboratory report.  The tempo picks up as life continues gliding by despite humanity’s hurried scurryings across its face.

Off kilter beats continue funneling into sampled life, children laughing through distortion and stuttering records.  A murky middle heads toward a more finished product as Always Crying rolls into a trio of longer tracks to finish things.  A little more sinister; a darker look at where we’re going emerges.

This is a Rust Belt native producing tracks seemingly inspired by the crumbling cities rampant greed left behind for America’s children.  Shuddering mechanics bring things to a close not far from where they started, uncertain and less than hopeful about where we’re heading.