René Breton in the snow

A group of musicians as concerned with their art as their music braved the snow to play the Westcott Theatre Tuesday the 7th.  Travelling to Central New York after a show at the Mercury Lounge in New York City René Breton made it through the early season extended snowstorm.  Unfortunately the two openers for the Nashville based quartet did not and only a few dozen denizens fought their way through the early winter weather to catch an earful of their surreal sounds. 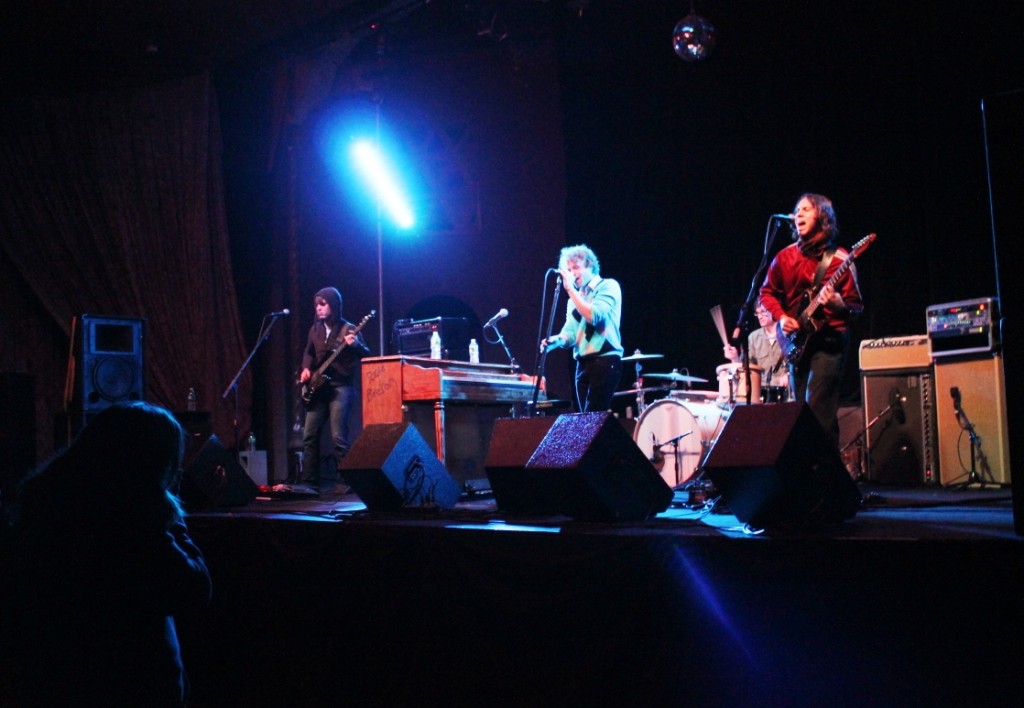 Our drive to the show was an adventure as well.  The roads were well covered by evening and some creative and careful navigation was needed to dodge drivers who had decided they were better off in the middle of the road since they couldn’t see the lanes.  Luckily the upside to all this was a much easier time parking than usual on Westcott Street. A free EP (short for extended play, longer than a single, shorter than an album) was handed out at the door.  Asleep In Green is a four track selection from their upcoming album / book release.  Due for release in 2011 I was lucky enough to get a glimpse of the interesting offering.  A twelve track album will be sold along with a book of twelve short stories, each coinciding with a song on the record.  While the stories are connected conceptually their plots are separate stories unto themselves.  They focus on the dreams that fill our lives, tales to complement their dreamy harmonies.

Drawing inspiration from the French surrealists of the early and mid 20th century the band creates modern day courtly melodies.  If you close your eyes and listen you can almost see the lords and ladies moving through a waltz.  Ryan Hurtgen’s piano creates a backdrop that allows the remainder of the band to build an artful forefront filled with strings and soothing harmonies.  Their vocals blend perfectly, crafting a full sound behind Hurtgen’s musings when they’re called upon. 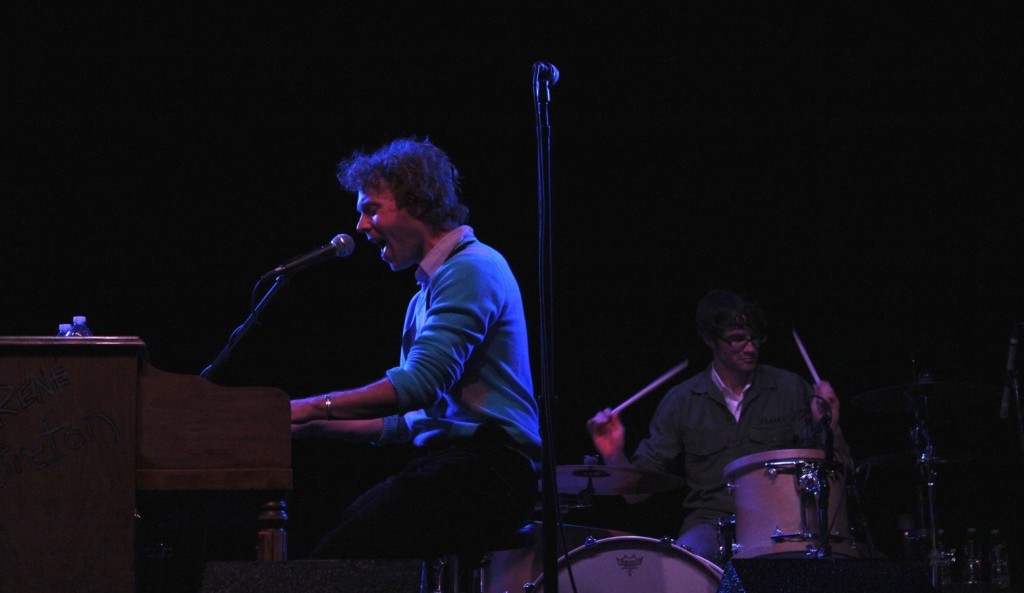 Ryan Hurtgen on the piano, Toby Sio on drums

After touring through the Midwest and Northeast the Syracuse show was a homecoming for drummer Tobin Sio.  A 2001 graduate of Skaneateles Sio met Hurtgen at a restaurant in 2005.  The pair began playing together and over the last year met guitarist Dan Hoisington and bassist Brian Arenz.  With a full lineup they began to focus on an album and touring.  What should have been a bright conclusion to a band’s first odyssey was buried beneath two feet of lake effect.

Fortunately with their orchestral pop experimentation this isn’t the end, only the end of the beginning.  From here the band heads home to get ready for the release of their album and continue working on a web space that should be as different as their music.  With local ties this should not be the last time René Breton makes their way through Central New York.  Next time hopefully the weather will cooperate.

Check out the tracks from their EP Asleep In Green below!