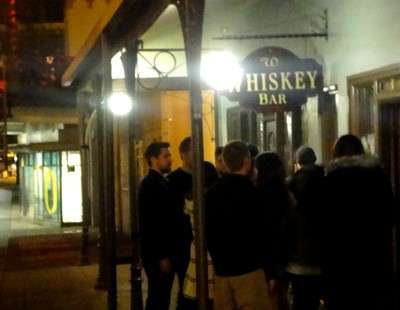 Lodged the auto a block abaft stationary flashing lights.  Past one of the city’s traditional dancing establishments and around the corner found a short queue.  Light rail tracks ran away aside a modest sign. 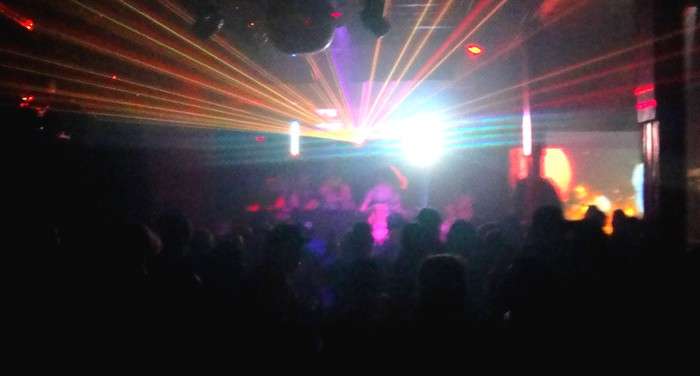 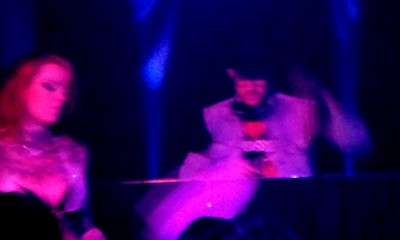 Momentarily blinded by the lancing light, pupils worked to keep pace with man’s frivolous machinations.  Heavy bass rippled through the floor of a wide open space, crowd shimmering before their altar. 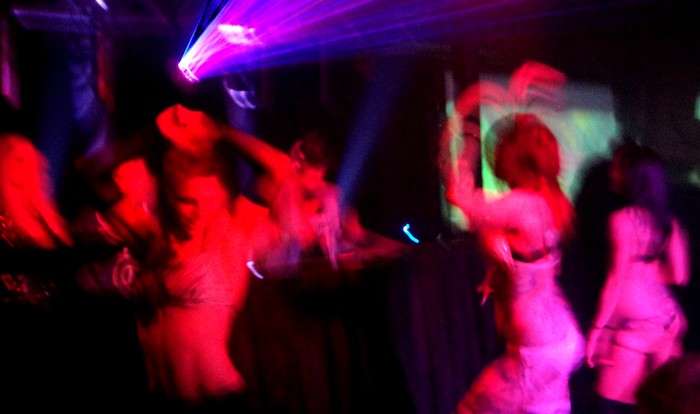 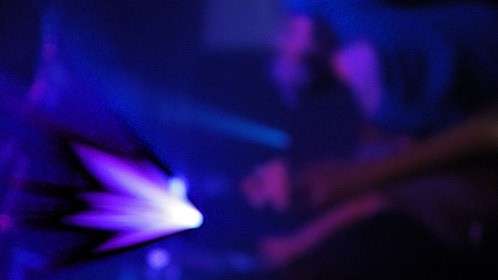 Shifting with the current, a wompier sound escaped speaker banks than moved to in the desert a year and a half previously.  Dozens of bass heads pulsing in time through the rippling haze creeping from fog machines.

A younger crowd doing the finger point dance that’s taking the nation by storm occupied most of the space. Veterans sprinkled the assembled, calm within the whirlwind of youth.  Beside the stage a screen spiraled across the cosmos. 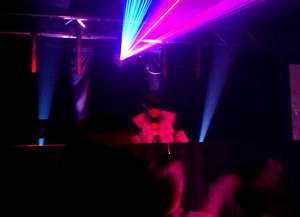 Deftly escaped the stimulated confusion to 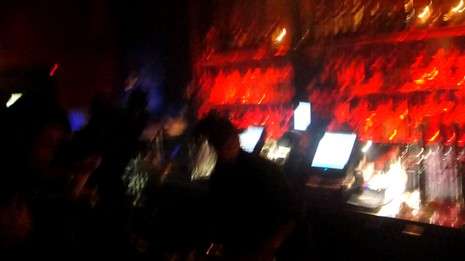 Rum at the whiskey bar in the interests of moderation. Talked over the intricacies of roller skate service with a carhop before 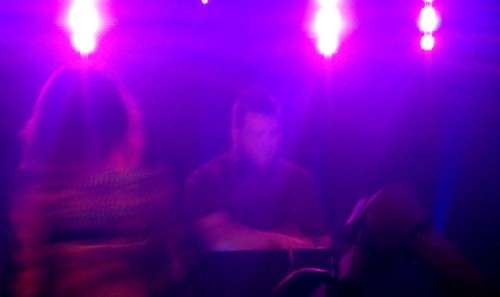 making for the floor once more.

Hatiras stepped aside for the man of the hour as Nom De Strip queued up.  Hailing from Scotland, he made the trip at Hatiras’ behest to create on the road and bring the noise to rose city.  Far from overhyped, Nom De Strip threw down a heavy set bringing together the best aspects of several of electronica’s noisey subgenres. 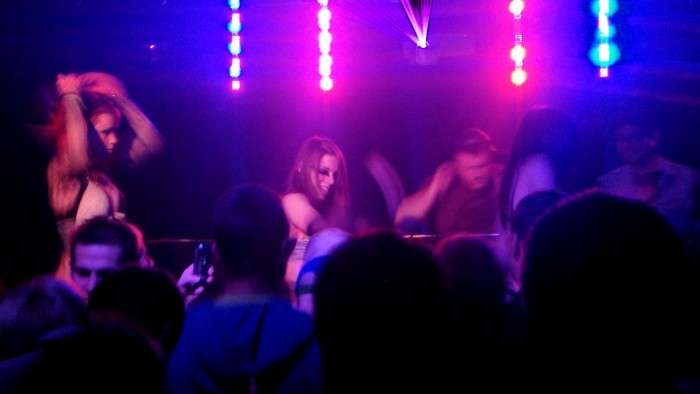 House beats that kept moving pushed the speakers to their limits, bass shaking the 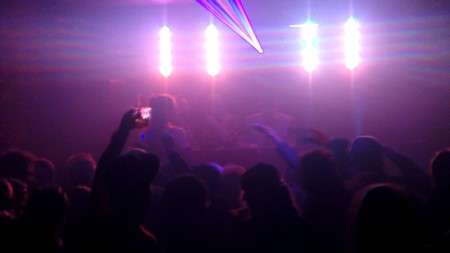 Many held out to the end, cheering as the music sailed past close before finally being forced to a halt.  Nom De Strip grinned as Hatiras called for a birthday cheer for the Scotsman’s entry day before finally sending everyone home with a final plug for MadHouse’s usual Monday spot.  Nom De Strip would be reappearing down the street. 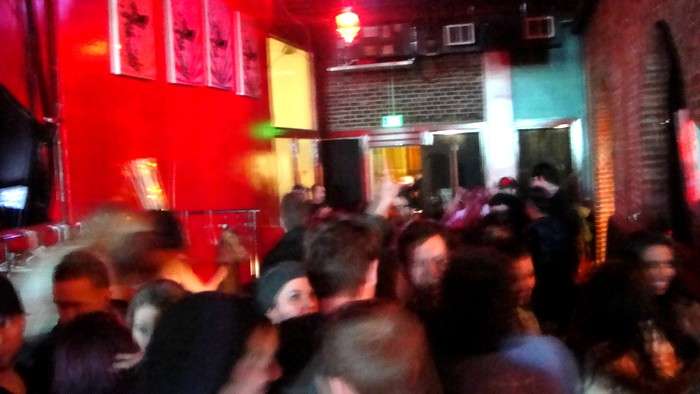 Bouncers called, garb was collected and the final shuffle into the cool early morning air spilled a few dozen people into the street still looking for something to do.

pissin' off readers since Camp Clusterfuck X
View all posts by a career in the haw haw haw haw →
This entry was posted in Electrocution, Muzak and tagged electronica, everything, hatiras, madhouse, musick, nom de strip, pdx, portland, rose city, things will be great when you're downtown, whiskey bar, womps. Bookmark the permalink.