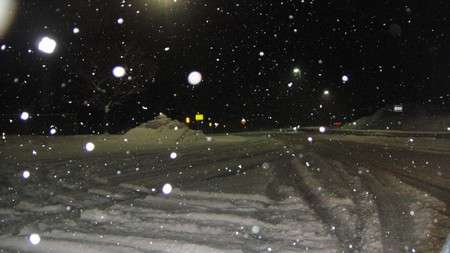 Portlanding – Play & refuge, two of the main things keeping humanity interested in the rest of it.  Visible everywhere one looks, much of our real expression and true creation lies in these.  As one transitional being journeyed west through snow, sleet & 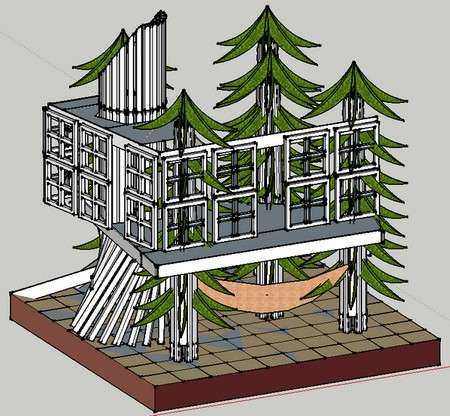 fog a group of renegade Portlanders began planning their offering to the cargo cult.

Entering the CORE’s (Circle of Regional Effigies) third iteration, a smaller number of pieces were slated to burn.  Applications required, the proposed build team submitted their creation:  a playa worthy treehouse to remember the children we were and yet remain. ……………………… 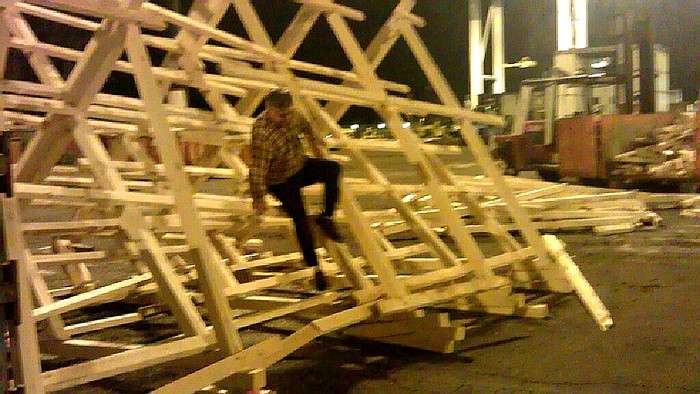 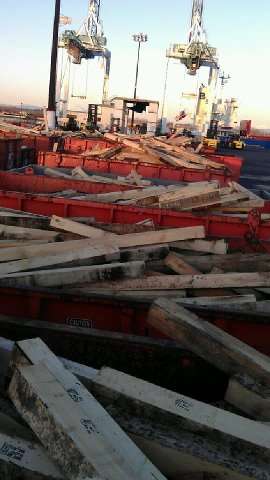 Acceptance, repurposed materials & a loaned build site by April showers.  A longshoreman aptly dubbed Gifter provided the beginning after a session of spring cleaning around the site that would provide room to construct the CORE as well as a regional burn’s temple. Found things on facewaste while searching the endless disconnect of want ads.  Needed to escape shared space & a the call’d just gone out for help unloading.  A broken bike ride & introductions before the first dump truck load of 4 x 4 mishmass production appeared.

Russian lumber that framed steel 0n its journey across the Pacific made its new home with a tumbling clatter.  Several hours hauling long, heavy, foreign wood across spring’s sogg laid the foundation for a five month build & connection in a new place. 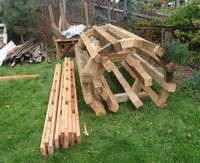 Constructing trees from massacreed conifers is decidedly more work than it would seem.  The scheduled time table allowed for problems by starting early.  Building once weekly allowing an unhurried process. Portland drips most of the year, but some early days mostly minus precipitation enabled progression.

The design proved strong after some trial & error, 4″ x 4″ lumber attached with impact drivers and star bolts.  Built in sections for ease of construction, the first tree came together. 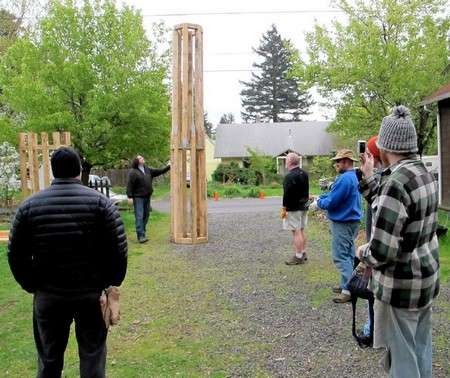 Many hands make light work.  Elevating something dense, bulky and awkward may require substantially more depending on the moment.

Creation rising from what could have been waste.  More design alterations and testing before deciding to throw the damn thing up and see how it stood.  Looked good. 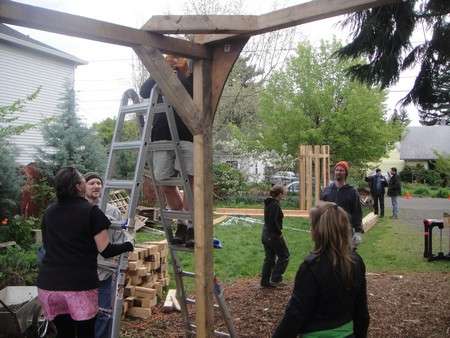 A few less than hospitable build days & the workers decided it was time to rig some cover.  Screwing & handling rigid wood in the rain is one thing, but operating high speed blades is better done dry.  Safety third, but the project’s first injury occurred here. 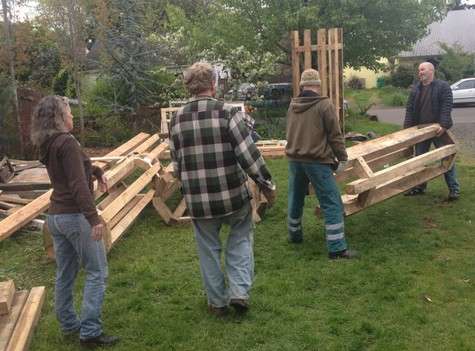 Long time burner, she took it with a smile, mostly.  Apologies all around and an increasingly bulbous welt.  Weeks drifted away, struggle for survival in a city of strangers absorbing the majority of the remainder. 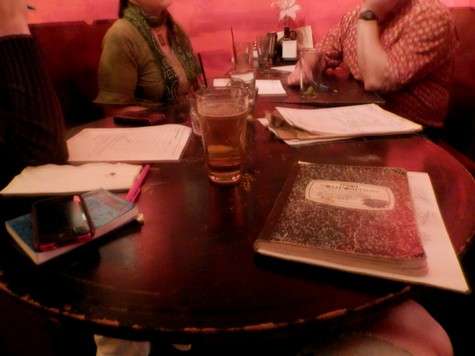 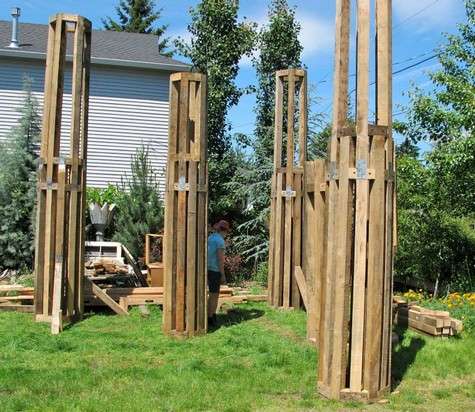 The growth of cost kicking continues sparking debate whilst enabling biggering unt biggering.  It isn’t all about size, but with expenses a reality check plans were laid.  Settled upon crowd solicitation along with actual home front fundraising.  Built on through the sunshine, liquid & actual.  Awoke to mid June & jokers. 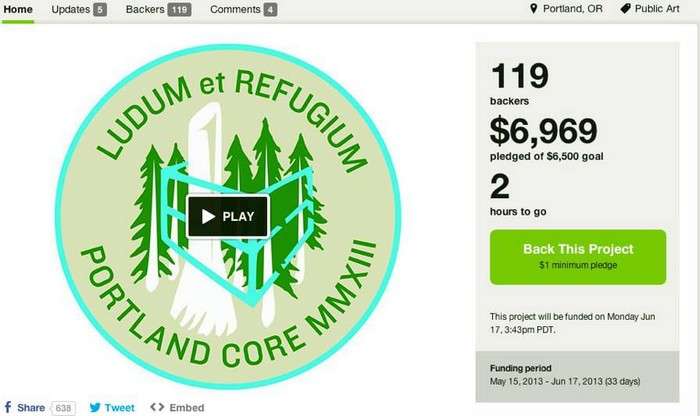 Ended up sending back a few offerings to allow the hilarity to stand.  Burners are children. 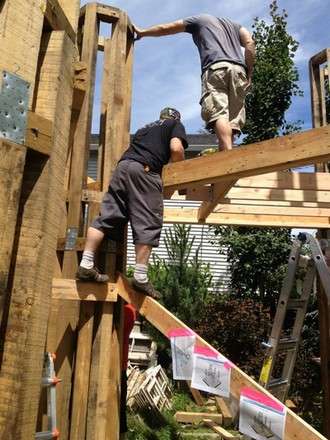 Support beams tied trees together before the decking quickly took shape in a concerted thrust.  Some times things get bent in the process.  Move on.

Preparation for the most important.  Fundraising via long wires, less & electrical discharge is great & all, but the old ways are still often the best ways. 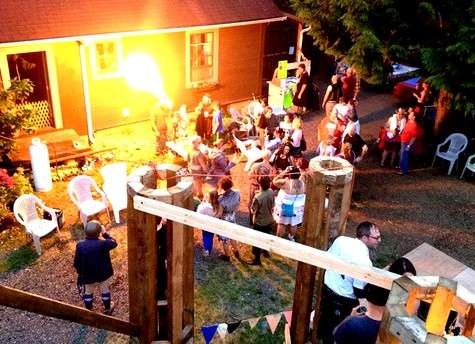 An awesome day of community brought things together just in time for our fancy dress party. A flurry of enterprise built a deck to stand on & a ramp to get there before a couple hundred people flowed about the borrowed property.

Summer slogged on amidst uncertainties.  A trial run of future display took place toward the leftward coast.  Portland’s regional SOAK hosted the death of our first creation. 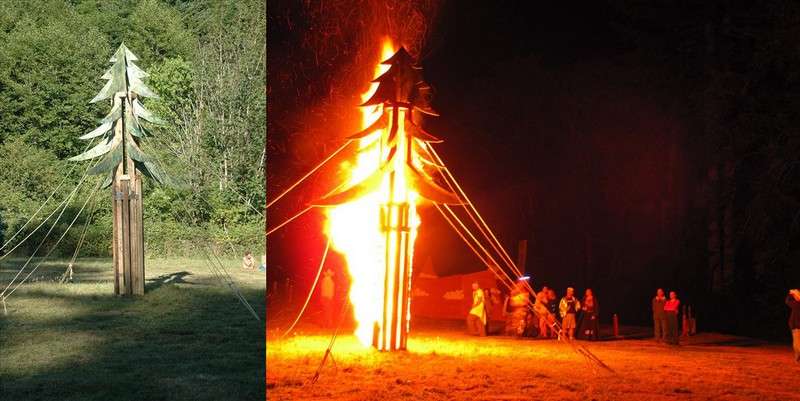 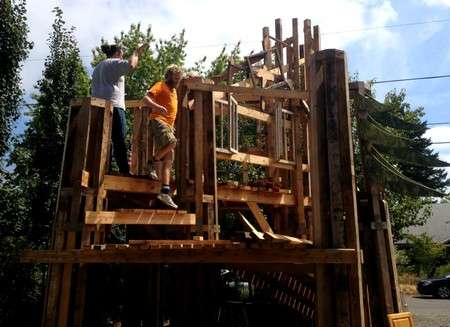 Marked, packed and ready to go, builders prepped for descent into dust.

Advance crew set out to construct.  Travel at a leisurely pace to ensure piled timber 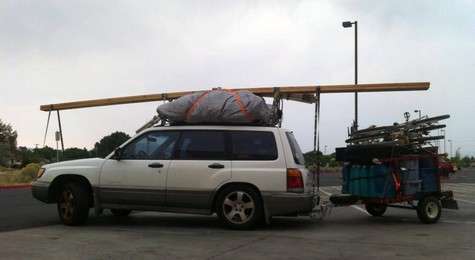 arrived safely.  Events upfolded as planned until a storm crashed across the playa dashing unsecured components.

Sometimes it’s better in the dark.  Cold can kill too, but it’s often more manageable. 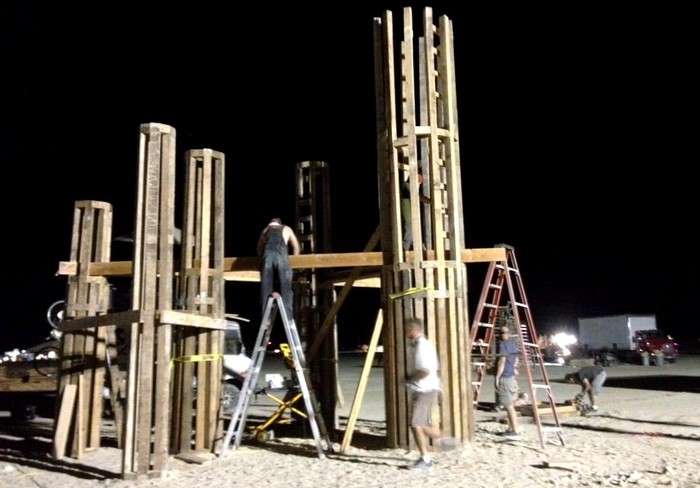 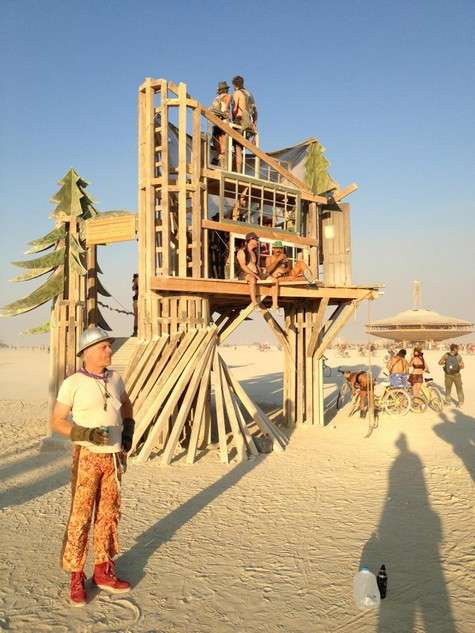 Coordinated arrival  to find trees amidst the dustscape.  Eight months of effort standing proudly before the gathered audience.

For four days those gathered to the playa appreciated the hard work of twenty plus communities scattered across the globe.  The treehouse was never empty.  Trips taken to meet, greet and discuss the piece found denizens of black rock present at all times of the day, night and in between.  Love abounds. 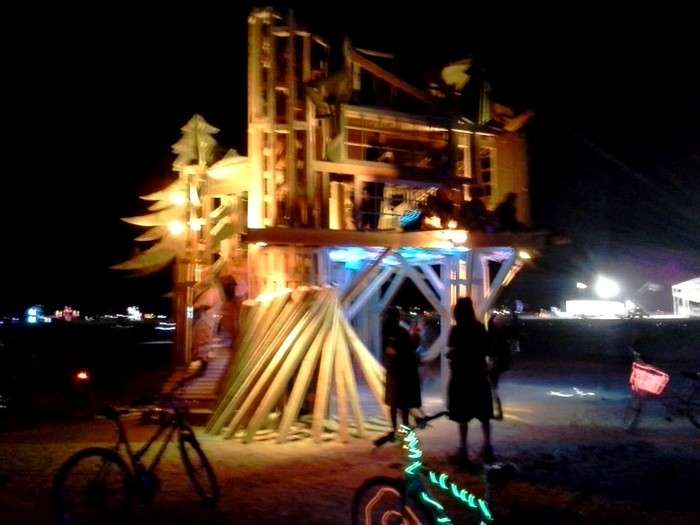 All too soon the time had come.  Parlayed with the cat in his hat before wandering out alone to watch ignition of four circles.  Sat against some pillars in the darkened until 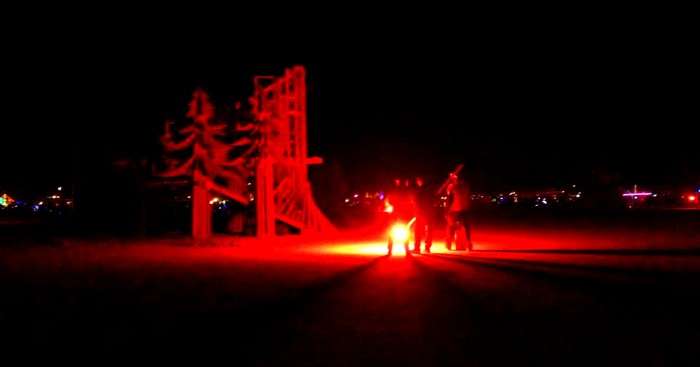 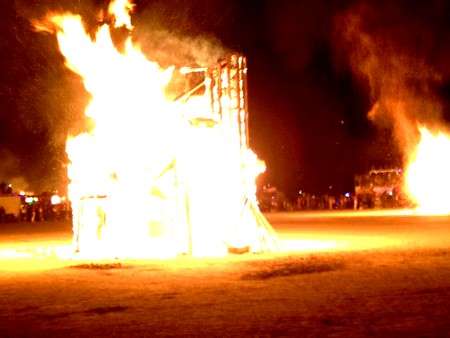 Many months of planning, preparation, sweat, teamwork and realization engulfed.  Across the playa teams of similar construction watched their effort go up in flames. Burning is impermanence and the CORE is an example at its finest.  Wandered to hugs and smiles from fellow builders, finding friends one last time to admire. 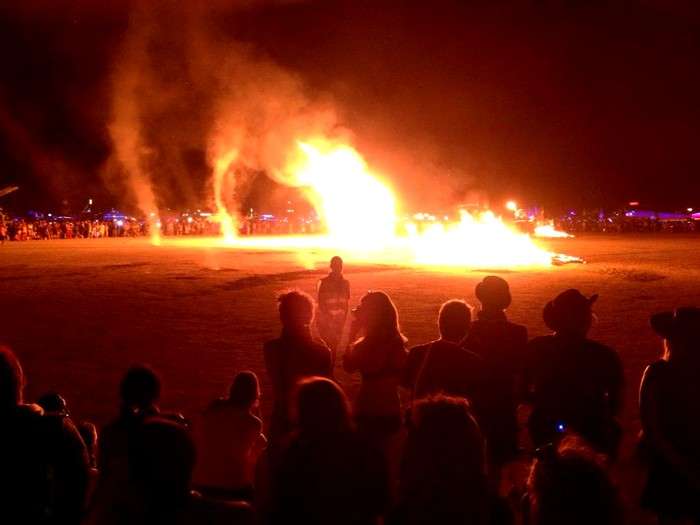 Wandered off again to find something unexpected before another lesson in dust.  Taking part in something bigger than oneself set off the next wave of motion in the torrent of existence.  Still buffeted by the currents months onward, the lessons remain unforgotten.

I will always be grateful to those who allowed participation in a moment of my life.