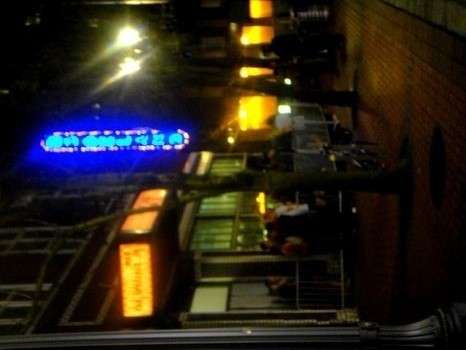 Rose City — Late like usual.  Still trying to figure out how pedestrians work in these parts.  Smiled at the cross dresser huffing a fag before hustling up the street.  Dodged a few bumscussions before turning the corner to follow bright lights. 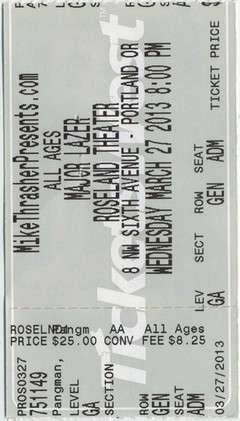 Mismanaging arrival until after commencement has its advantages.  “Oh, you haven’t been here yet,” offered the bouncer after confusedly looking for markings.  A short pat down and welcome.  Waited for the counter help to have a chat before spelling ancestry’s label.  Some teletubbies giggled arrears. 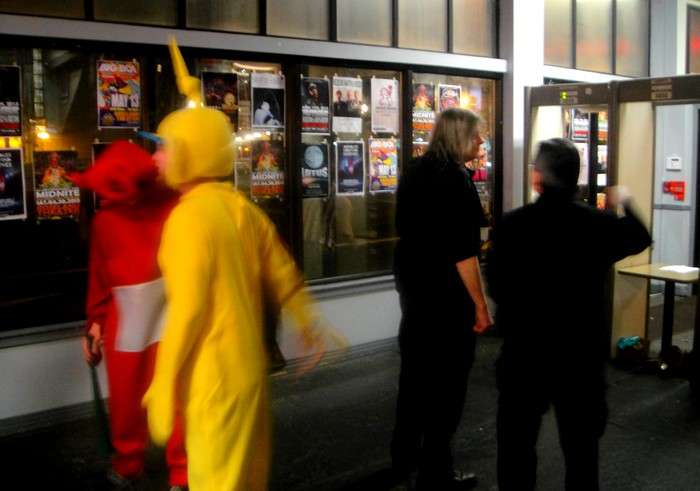 A torn ticket, flight of stairs and an awesome stamp before submerging in an explosion. 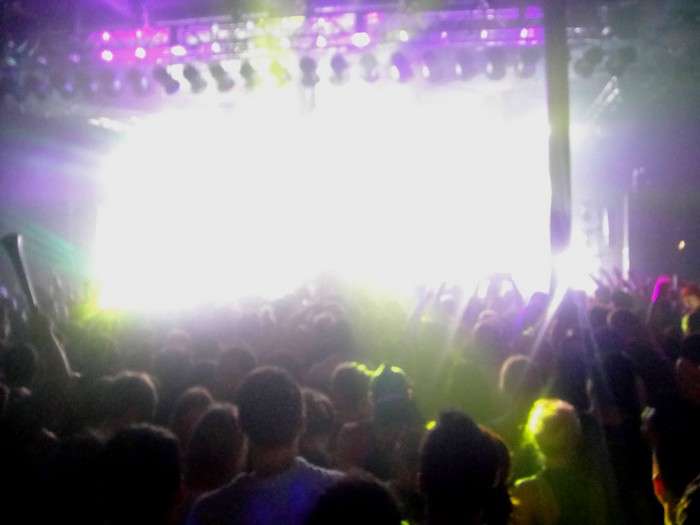 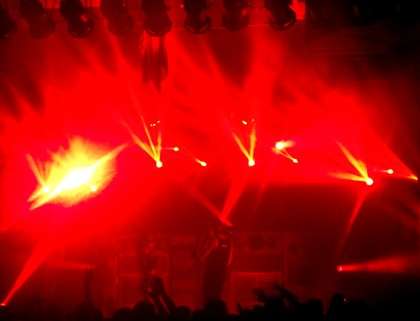 Major lasers blinded man and camera alike.  On stage the man of the hour was already on the decks.  Shuffled toward the little available space through the press of shambling limbs.  Apparently missed Diplo running around Flaming Lips style to start the show. As it was, dubstep womped momentarily before the beats moving the Caribbean took over again. 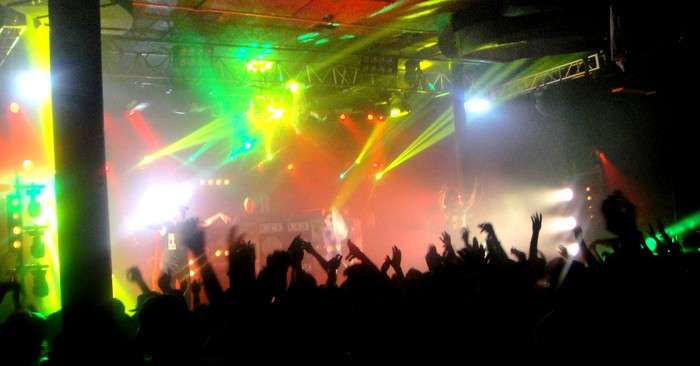 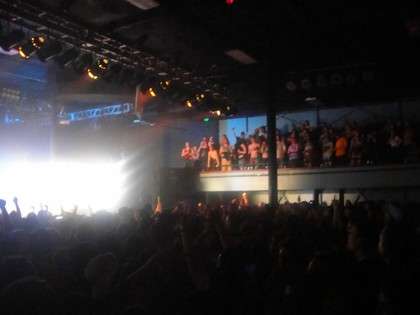 Things got hectic as hype man Walshy Fire and the second half of the deck artistry, Jillionaire, split the crowd betwixt them.  Pumping  dancehall roared from the speakers as the mass shifted wildly on beat, mostly.

The balcony rocked at capacity when Diplo cut things off to introduce a very special guest. 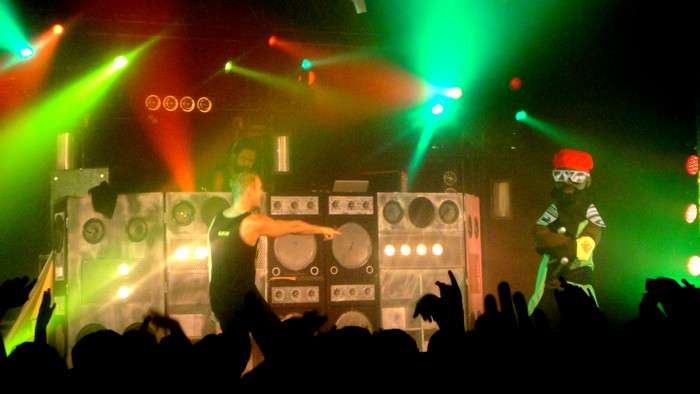 Major Lazer himself took a break from a busy schedule slaying zombies & other such evil menaces to get down in his continuing effort to Free the Universe from General Rubbish. 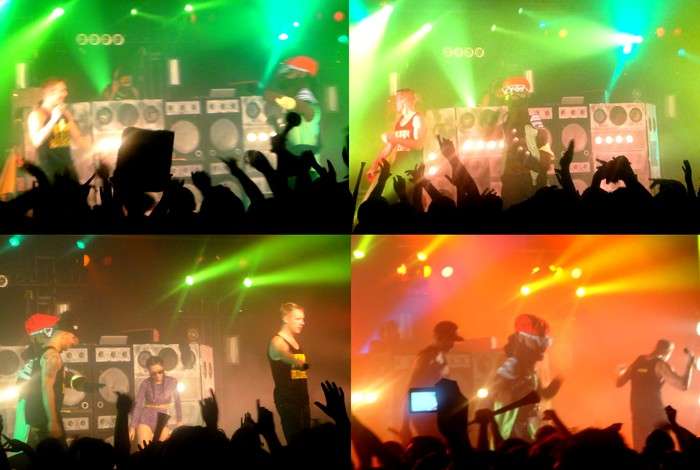 The Major waved goodbye to go slay some evil, or whatever super heroes do in their free time, and the bass ratcheted up again momentarily before another break in the action. 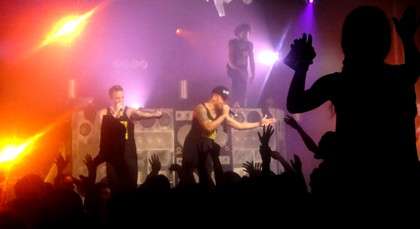 Diplo always seemed like a smart man.  The next portion of the program certainly demonstrated ingenuity.  Hyping a new track fittingly entitled “Bubble Butt”, a number of young attendees’ assistance was requested on stage.

They proceeded to shake it as if it were a polaroid picture. 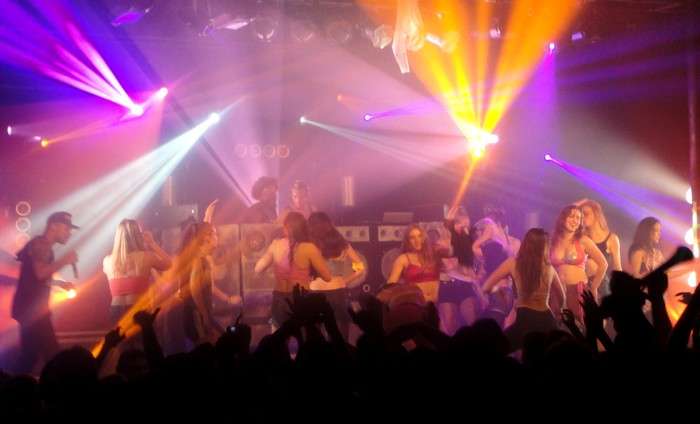 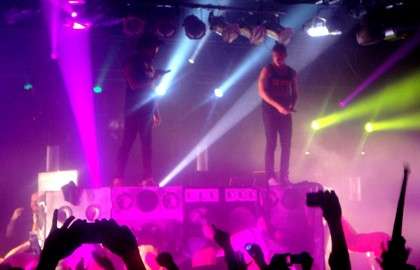 Two songs later and looking a little hot and bothered (by the stage lights pervs), the ladies were thanked and hustled backstage.  Crafty bastard.

Taking time to dance and climb on the apparatus, Diplo played the emcee perfectly when the headphones were off.

The rest of the time his hype man kept things moving as a young lady’s swag overflowed. 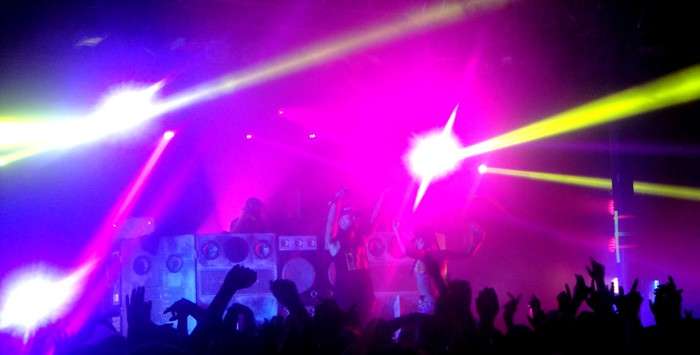 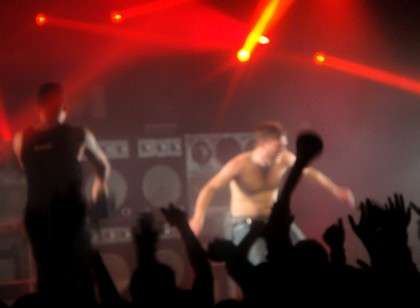 Lasers lanced the darkness through the growing haze of evaporation.  Shirts hung from the stage lighting as others launched stageward from the alcohol free mob. A request for a male volunteer hauled one body on stage before the beat dropped in.  Walshy Fire asked for the hardest dance he had.  Shirtless white man got down to cheers before stage diving. 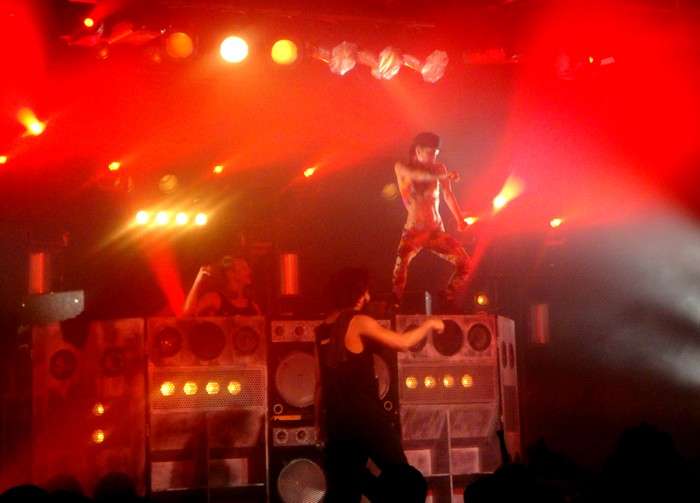 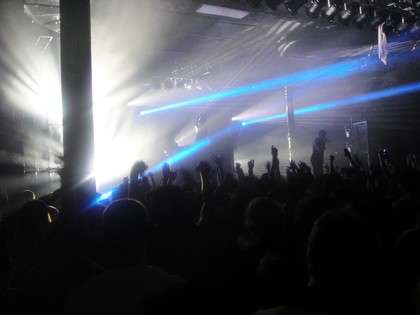 Sporting Free the Universe t-shirts while tossing some to the crowd throughout the show, Major Lazer’s forthcoming album’s title is all the more relevant as uncertainty rocks the faltering foundation our realized existence rests upon.  The freedom to live the life we want is in danger.  Without the help of laser armed warriors & their posse our hope is lost. 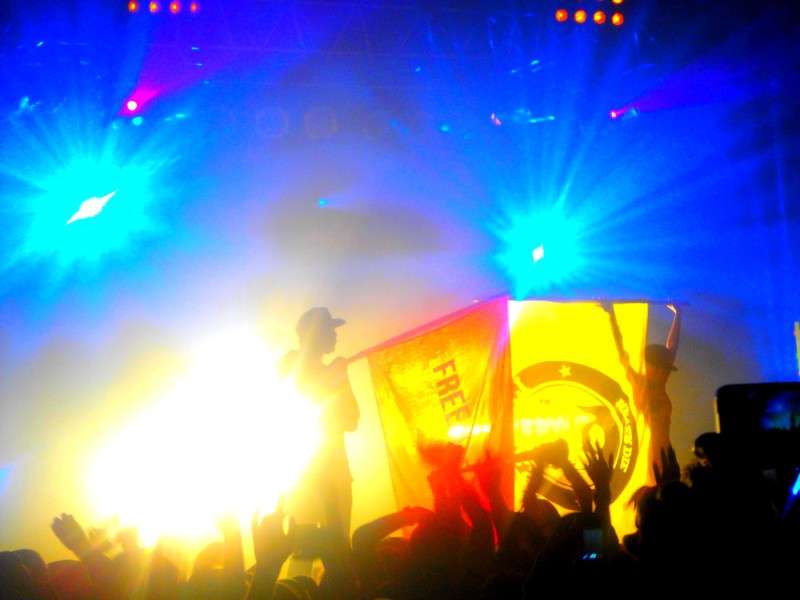 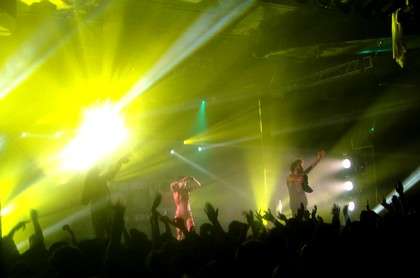 Midnight approached and things moved toward conclusion.  The beats of Sao Paulo and a thousand other Latin American discotechs pulsing.  Arms swayed, the collective weight of hundreds bouncing wobbling the entire floor up and down noticeably.  Heavy horns honked in distortion.

Good night and thanks for coming, the lights cutting to black as Diplo’s vibration machine lurched to a halt.  Sustained hollers for more from the crowd quickly reawakened the beats.  Major Lazer shaking the walls for a few more tracks before signing off. 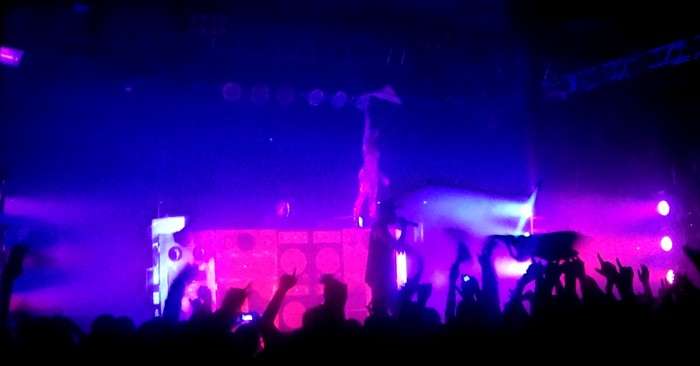 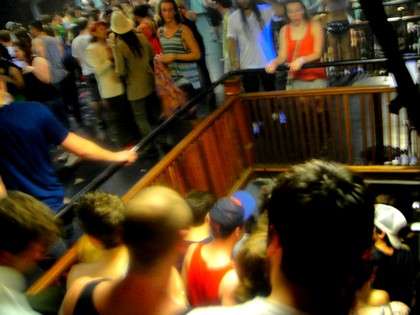 House lights up, a few folks standing around to wait out the crowd pressing toward the pair of downward stairs.  Scattered calls for more from the hopeful.  Stunted steps, people shoving passed in their hurry to escape.  Exhausted revelers wearily trudging through air thick with moisture & CO2 for the waiting exits.

Gasping for air through haze exhaled by a couple dozen gasping for nicotine.  A handful of mostly ignored promoters peddling fliers to make all their dreams come true.  Wandered through friends deciding what to do next before embarking homeward, ears bouncing with Sud America.  Major Lazer brought the dancehall to Portland for one hump night in March.  Finding midnight instead of sunrise outside the club being the only real difference.