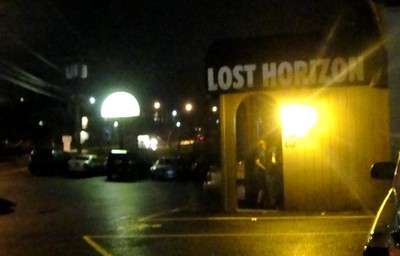 Salt City – A few years of public stupidity inflamed by fools, capitalists and a desperate media ended with a whimper Friday night.  December 21, 2012 exited without fanfare, remarked upon only for the extremely quiet day that ensued.

Warnings of snow mumbled from the speakers below the rhythmic wicking of wiper blades.  Rain splattered the mobile cage’s front window.

Jogged through the cold from occupied parking before trading Jackson’s portrait for entry. 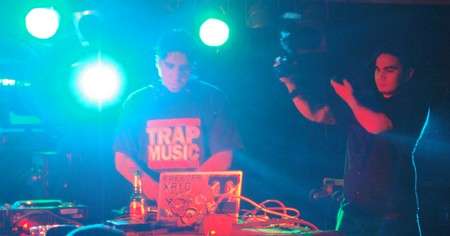 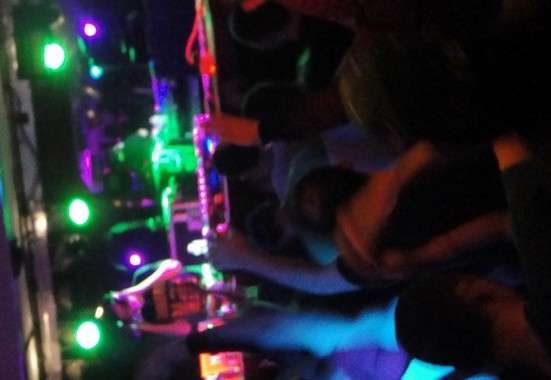 Different equipment in place, some calls for applause for the departing and heavy bass once more.  Direktor dropping his brand of wobblesauce for the admitted.  Unmasked tonight, a local kid throwing down hard bass lines surrounded by heavy industrial synththwomp smatterings.

A moment of blinding brilliance seized attention from the sound.  Was the rapture at hand at last? 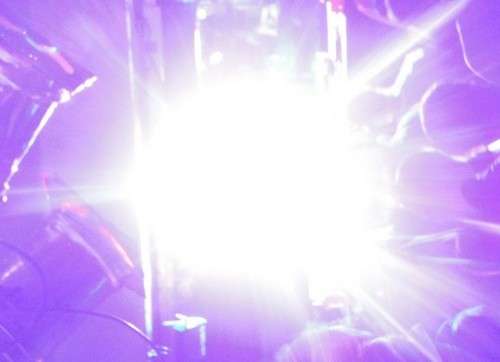 Were apocalyptic prophets right?  Was our lord and savior here to judge our eternal souls?

False alarm.  Just a mario brothers’ squid getting down to basstastic beats with two djs. 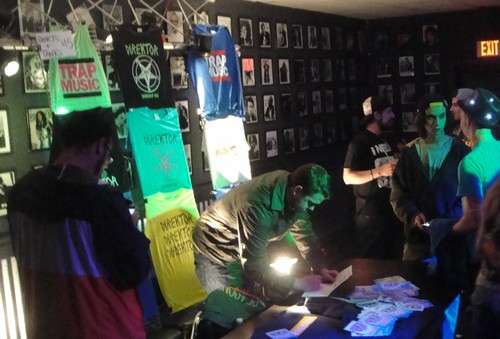 Wandered outside to give the drums a rest and gasp for air.  Found commerce alive and well, everyone trying to keep themselves fed.

Slipped through security to find the first flakes floating to earf. 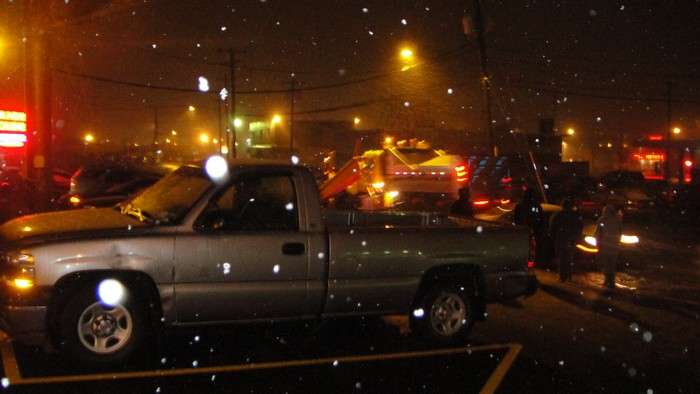 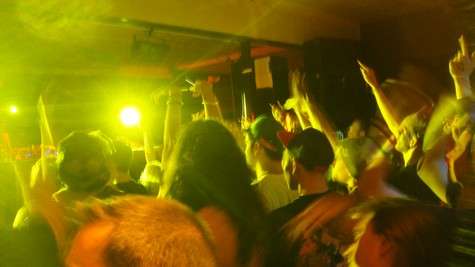 ‘merica breathed a sigh of relief as the calendar ticked forward.  Elsewhere, Cyberoptics opened an hour & a half of crushing heaviness. 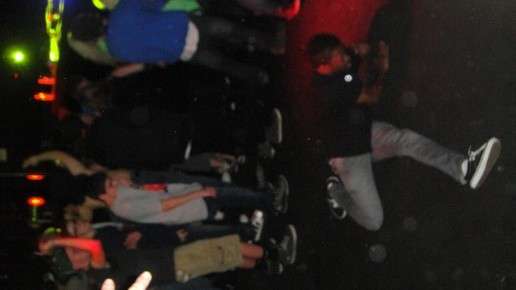 Space cleared for a pair kickin’ it old school.  Spinning wildly on appendages and brain cage, homage paid to the forefathers of electronica.  Borrowed nostalgia from the unremembered ’80s.  The floor wobbled beneath. 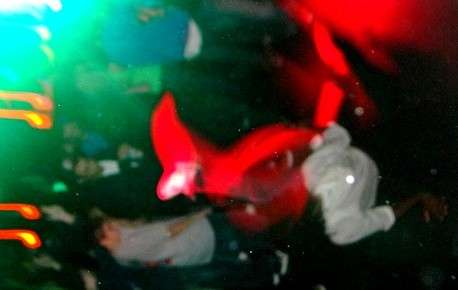 Cyberoptics nonstop assault dominated the lowest registers of the bass clef.  Hardy wompkateers held out to the bitter end, calling for more as the lights came up. 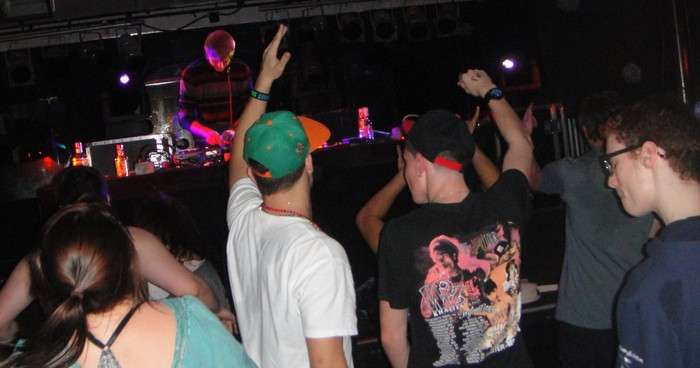 “Thanks for not being pussies,” Cyberoptics’ acknowledged before fulfilling desires with a bonus

track.  Shouts for another were cut off as metal spewed from the speakers to his shrug.

Everything changes in light, bar clearing.

Outside someone shook the globe, flakes whizzing toward accumulation.  Stragglers decided where to after party.  Trotted back down the road before beginning the treacherous slide. 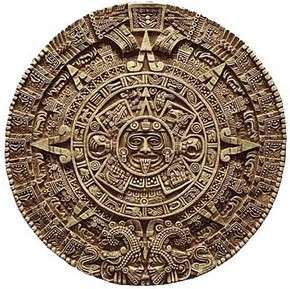 beginning of the next age of humanity in the Mayan belief.  A circle has no end, only another turn ahead.  Reflection on this lesson was an opportunity lost for many.

Creept toward safety at half the limit, scanning across the frequencies beamed radical ideas allowed on airwaves only in the darkness of humanity’s common rest.  Discussion about the true message of Mayan lore and the effect of our alignment in the cosmos at large granting a strange sense of peace. 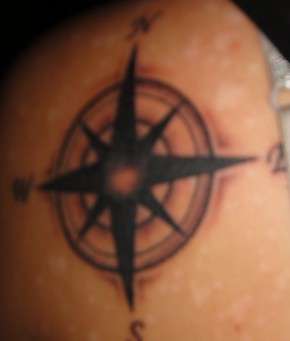 Another clack of the worn buttons and a fuzzy broadcast cleared itself into Old Testament passages from the authoritative sureties of old recordings.  The quavering voice of age interrupted to ask for any listeners to call or visit their website and let them know where you were hearing them and what frequency the pirate radio was coming in on.

Proclaiming himself the voice of glob, his message was shared through the strange radio antics allowed by clouds until the next valley banished the phantom.  The snow slowed, tires sliding to grip on the frosted down slope into the village.

The Mayans believe the turn of their calendar is the end of the age of judgment, the beginning of an age on enlightment.  A new chance for humanity to accept one another as brothers and sisters in an effort to save our way of life.  Hopefully we’ll find our way.

pissin' off readers since Camp Clusterfuck X
View all posts by a career in the haw haw haw haw →
This entry was posted in Electrocution, I was there, Muzak and tagged 2012, cyberoptics, december 21, direktor, dubstep, end of the world bash, kayo, live, lost horizon, mayan calendar, musick, ridiculous rights, syracuse, womps. Bookmark the permalink.