Interweb – Looking for a job?  Economy got you down?  It’s tough out there whatever the maroons in Columbia think and odds are if you found this you’re on the hunt to stay off the street.  Well be careful!  In a rapidly devolving, faceless society hiding behind screens the opportunities for scam artists are safer than ever.  Enter JobsRadar. 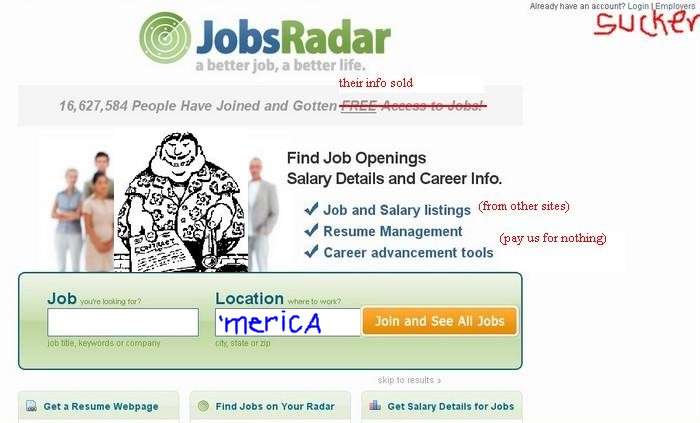 Innocuous enough at first, apparently just another job site hosting offers from companies to allow applicants to apply.  Continuing onward into the site opens up the typical registration mumbo jumbo. Entering information to move on leads to something unexpected however… 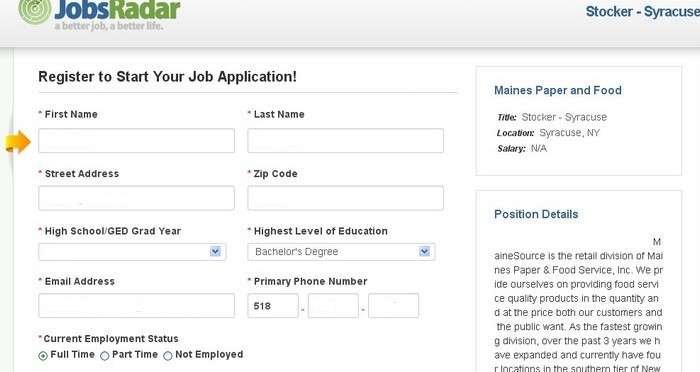 Ignoring the user agreement is folly here.  Tiny print telling you why these people are scam artists and not business types.  Unfortunately along with the millions of others who can’t be bothered in the every day rush, hopeful trust gets the better of everyone sometimes.  Moving on to the next page begins setting off alarms as suspicion builds…. 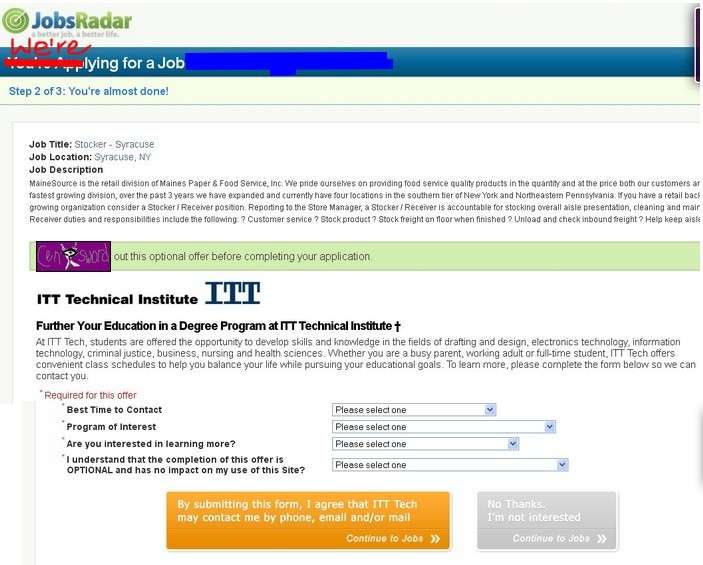 Instead of moving on to the promised page where presumably one may apply to this supposed job “Step 2 of 3” suddenly appears.  The true purpose of JobsRadar becomes a little clearer as an advertisement for trade school unravels before the careful reader.

Now maybe some people see an ad for school (which costs $) while applying for a job (which pays $) and say “This is it Linda!  I’m going back to school.  JobsRadar just pointed me in the direction my life needs to move!“  To which Linda replies “That’s great Ted.  Did you remember to take the garbage out?“ in her typically petulant tone.

After finding the mostly invisible box allowing you to skip onward a second ad for something the same but different lurches onto the screen.  Foiled again. 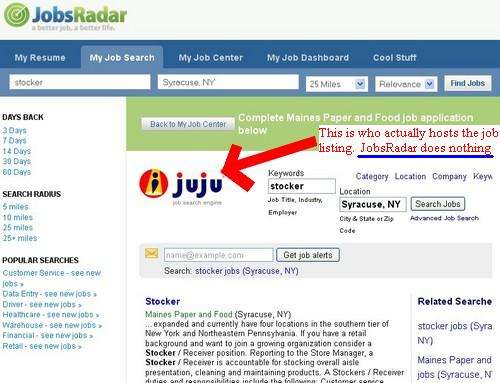 Finally reaching the page where one may presumably apply for this job leads only to disappointment once more.  Reality finally clears things up as it all becomes obvious.

JobsRadar is merely an aggregator, pulling together information from other sites across cyberwaste.  A few more clicks and rerouting through several other websites leads to the actual job posting, hosted elsewhere. 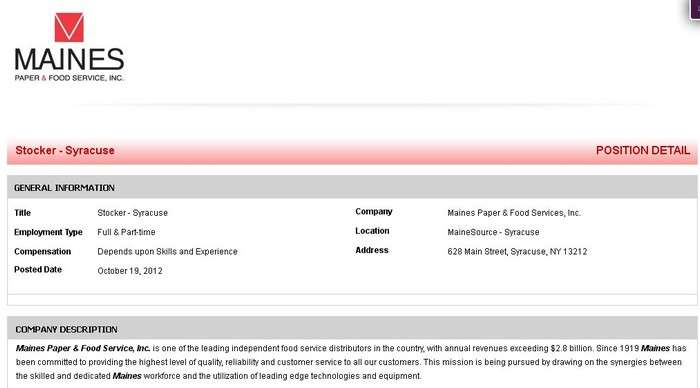 While some may be happy after finally reaching the application process questions began to arise as to the motives of a site allowing free membership and doing virtually nothing beside shoving ads down users’ throats.  A “$gold membership$” was available, but after scanning quickly through the listings there did not seem to be any real benefit. 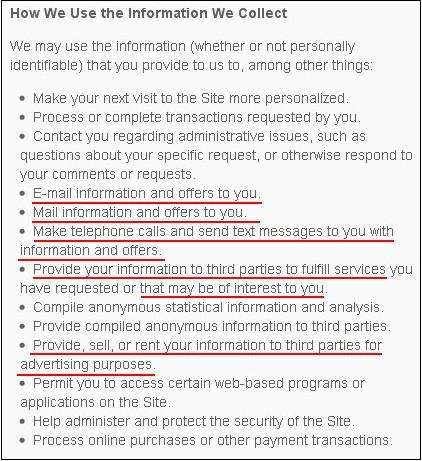 Realization is an ugly thing at times.  Slogging through the user agreement quickly confirmed the worst.  JobsRadar is nothing other than a slightly useful front for gathering personal information to sell to third parties.  While less valuable than social security numbers, addresses physical & virtual alike are profitable commodities in the wild wild web (wickey wickey wickey).

Treachery afoot, a search for the delete button took place to no avail. Digging through the interface found nothing. 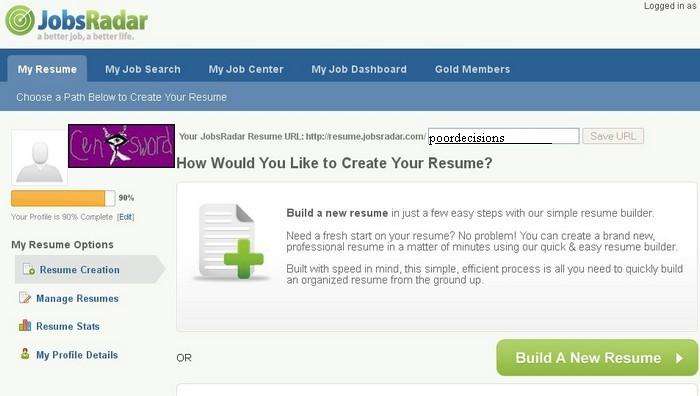 Resorting to oogling located the necessary information in tiny type buried on a page on their site.  More bad news about escaping their clutches once the trap was sprung. 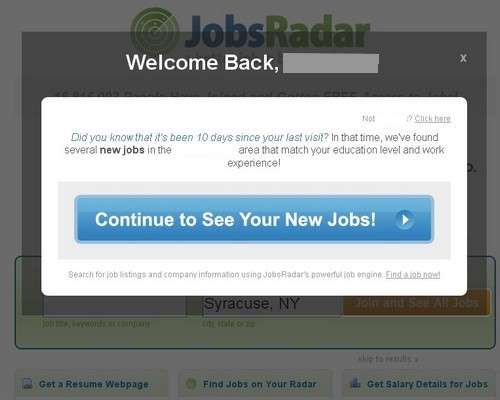 Not the most gracious of requests, but sufficient nonetheless.  No response thus far and attempting to go to the site only tries to log in users, tracking you.  They know it’s you coming… creepy…  Maybe Sandy destroyed their office and if so best wishes on recovery efforts, but the belief in integrity and human kindness wanes a bit more each year.

So beware!  JobsRadar is merely another interweb scam artist looking to sell your information, joining the proud ranks headed up by many of the digital world’s disgusting peeping toms.  All the information it holds is accessible elsewhere.  Don’t let others sell you.

7 Responses to JobsRadar.com: An “Employment” Scam Selling Your Personal Information