Brooklyn.  Site of my second arrest and Midwestern refugees pretending they didn’t grow up across the street from cornfields.  Hopefully an evening of electronic thumpings wouldn’t involve either.  Trains after marching through lower Manhattan with the men and 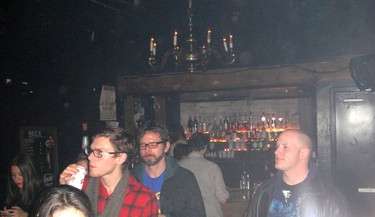 Two rooms and an L-shaped hallway make up the space.  Initial chamber sealed, attendants were shepherded toward the back bar and speakers trilling through the glitchy offerings of Outlet.

Drink specials scribbled across a chalkboard beside an overwhelmed bartender, despite a modest showing of dozens.  Red Stripe tall boys.  Someone ascended the steps as the next 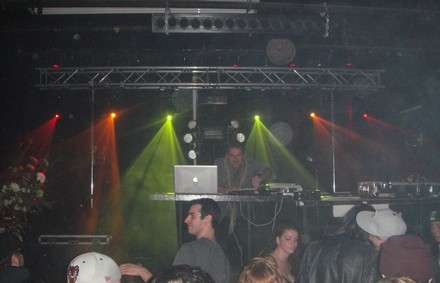 An Irish gypsy, or maybe a Romani mick, took over.  Classically trained as a violinist, Govinda propelled his particular blend of sonic musings while the assembled public proceeded to get down.

Drawing together dubbish warblings, glitchy shutterings and the seductive sonancies of gypsy violin, Govinda made the trip as the final stop on an East Coast holiday swing.  A true musician, violin strings vibrated above the electronic score, live music gifted to punctuate the composition.  Orange and yellow lights rotated, bathing the audience and performer in turn, assemblage moving to the mysterious maestrations. 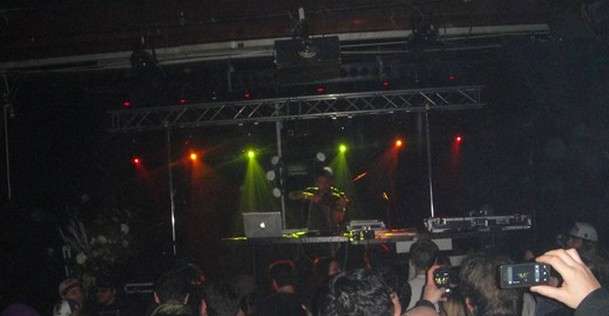 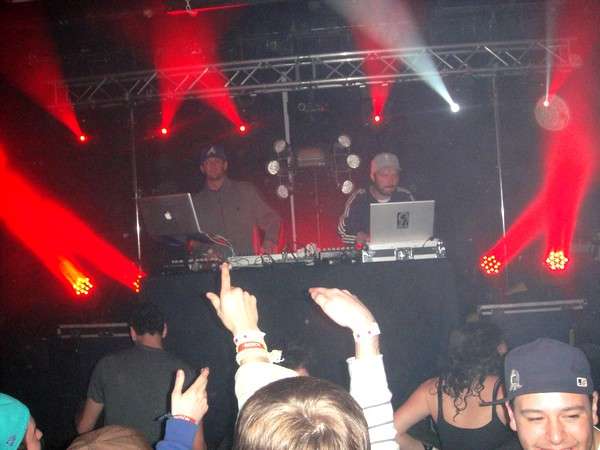 That Thursday’s performance exceeded their Bisco appearance.  The half full club swayed in time before the altar of amplified music as the season’s pagan festival approached.  Archnemesis kept the bass thumping, spacey distortions rippling the air until the wee hours.  The set featured a number of slices from their latest offering, People’s Radio, until it was time to go.  Check it out on their website, fo’ free!

Babbled with other mostly deaf folks out front, missing the normal December chill.  Bartender’d charged one drink too many.  Friends of Outlet made the trip down from New Hampshire.  Performers hustling their gear out the door, into waiting trunks and trucks.  Love, not glamour.  Another show somewhere else tomorrow.  Aimed back toward the underground as activity fled into empty space.  Everyone off, separate in their journeys once again.

pissin' off readers since Camp Clusterfuck X
View all posts by a career in the haw haw haw haw →
This entry was posted in Electrocution, I was there, Muzak and tagged archnemesis, brooklynites, electronica, govinda, gypsystep, holidaze, outlet, public assembly. Bookmark the permalink.