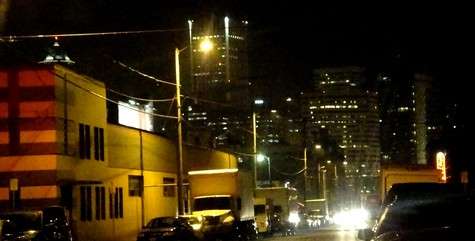 Portland – Saturday night the year ended for many perched upon our rotating orb.  The lunar year finished its cycle and halfway around the globe hundreds of millions ushered in their fresh start. 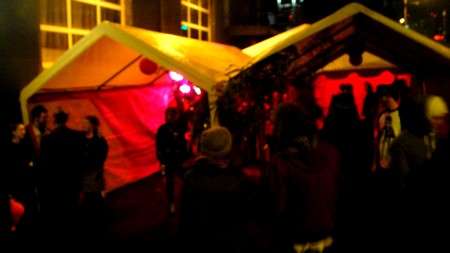 Arriving early enough to park nearby, bass drifted up the block to beckon revelers onward.  A short line and light groping allowed passage.  “Good for you,” the usher offered when handed a less costly printed ticket. 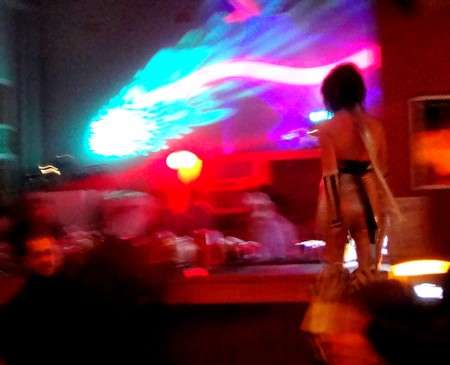 Half ’til eleven is still almost early when things carry on until tomorrow.  Clumped conversation stood against the flowing pathways stageward.

Following the crowd through an open entryway found the stage blasting with horns. 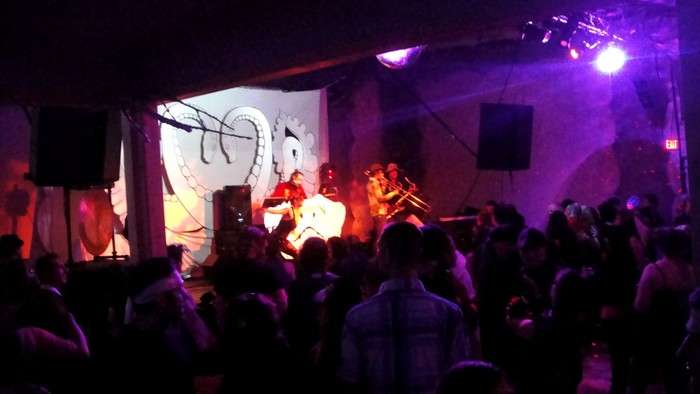 A crowd moved to the music in front of the performers.  Around the room others swayed, talking and laughing with friends and acquaintances.  The lights darkened and a pair of 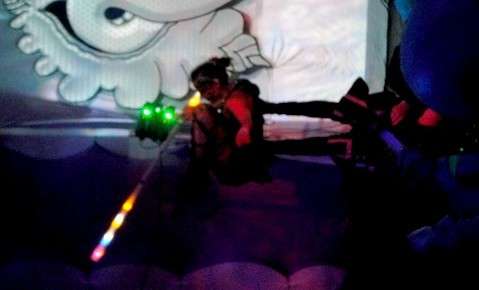 acrobats took their turn.  One balancing his counterpart as she moved through the air on their strength.  Glow sticks, hoops and juggling pins were observed since no one enjoys a night club fire. 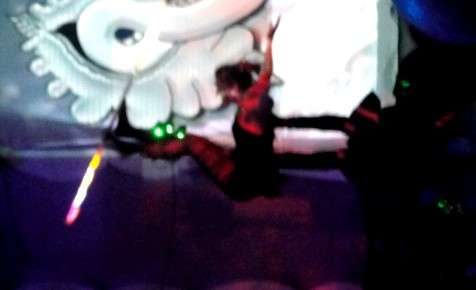 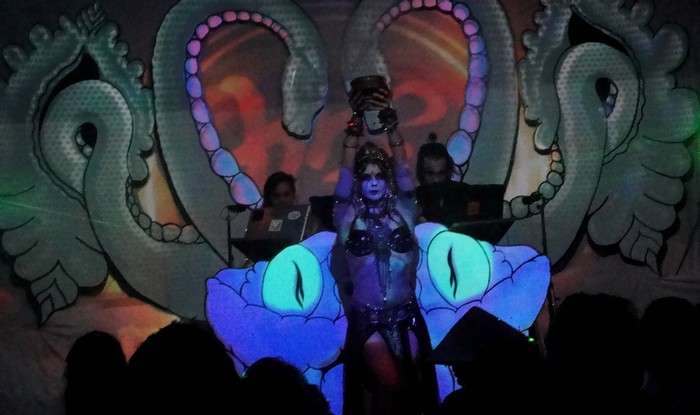 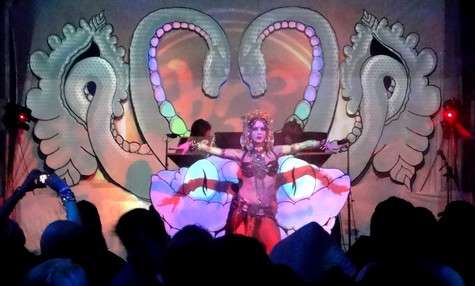 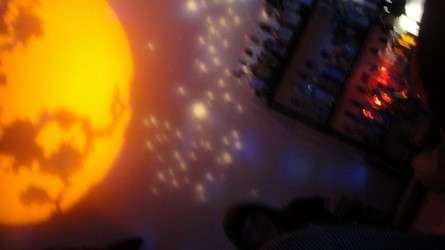 Escaped after the spell’d been broken upon her departure.  Sidestepped through the crowd in search of the facilities before being directed out of doors.  Patience under an awning. 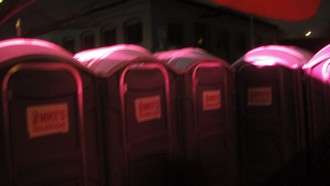 Back indoors the wonderfully short changeover was long gone.  Mr. Daniels was absent from the bar for the evening so others would suffice.  Headed back out into the press in search of space between speaker banks.  Clutched the sponsored container while a pair of LA kids began womping out.

Hung for an hour with the dance floor creatures amidst the swirling mass.  As the duo 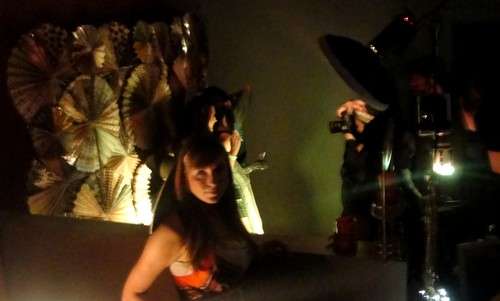 Navigating the throngs once more for fresh air and a beverage.  Passed the photo booth to snap a photo of photographers photographing.  Always good for a laugh.  Outside cars whizzed passed. 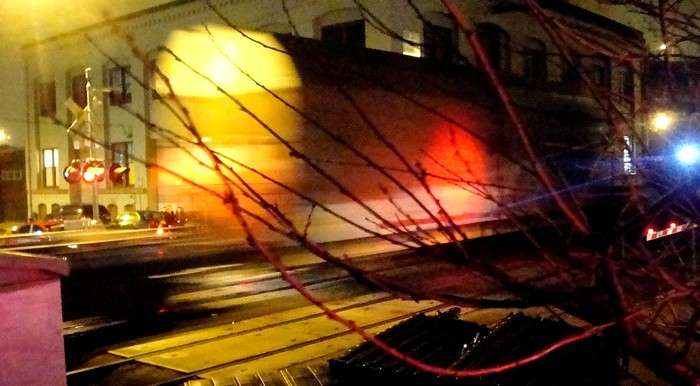 Traded one clacking beat for another heading indoors once more.  As the man formerly 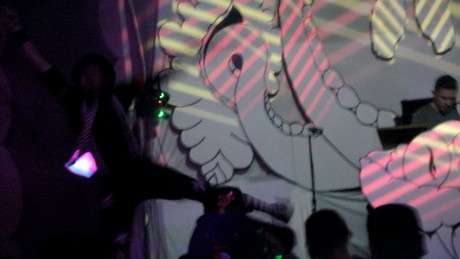 known as Heyoka wrapped up his portion of the program R/D began arranging his gear.  Heavy dub drops rained as the pair of bars closed shop.  Glimpses of a clown wielding bowling pins aglow ended the eve.

Stretching toward 3 am and the early hour Sunday’s duties would commence began reality’s rude reminder.  Didn’t make it to Shawna.  Tired legs and room temperature rising.  Farewell in purple, nocturnal creatures still moving to the beat, over an hour to go. 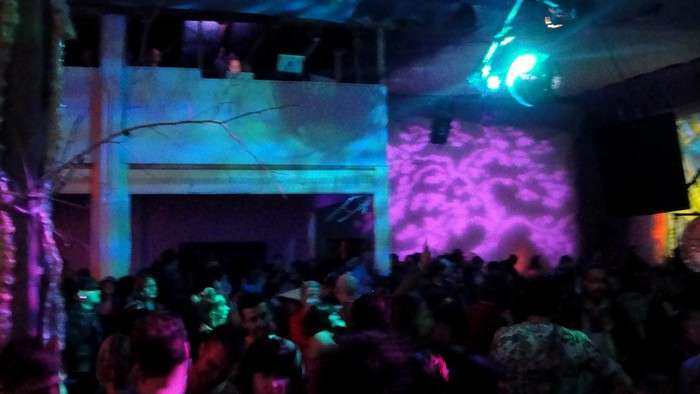 Dodged a few kimonos on the way out the door.  Another year over, another yet to come.  Threshold: Black Water Snake provided a spectacular evening where the proceeds benefited some folks trying to change the way things are done.  Well done all around.