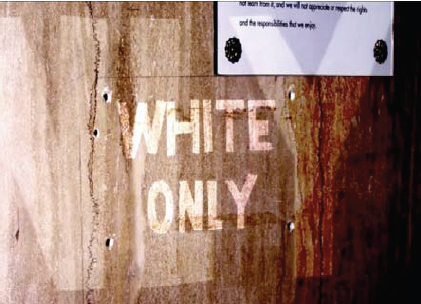 Dallas, Texas —”For decades, a seemingly innocuous metal plate attached to a marble wall hung above a public drinking fountain in the Dallas County Records Building. One day in 2003, it fell off.

A public outcry ensued as people learned what that metal plate was
meant to cover up: traces of a Jim Crow “White Only” sign that was removed during desegregation. The metal plate inadvertently preserved a memory that it was meant to help erase…” 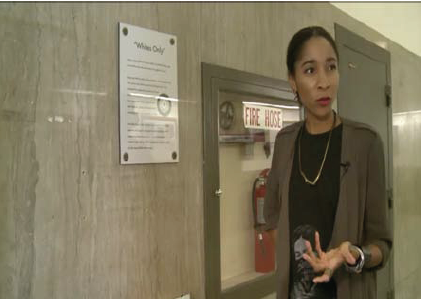 This statement by Lauren Woods sums up in a few sentences centuries of blatant racism in the United States that came to a head during the tumultuous social remodeling of the 1960s.  A group of people & observers exhausted by the memories of slavery & its continuation in the form of “separate but equal” that was anything but.

America continues grappling with its long history of ostracism & social judgement in a land purportedly founded for freedom… as long as people like you are in charge.  Tomorrow a piece of remembrance unveils in Dallas, Texas near the memorial to murdered President John F. Kennedy, a man who hoped to change centuries of injustice and was killed for it. 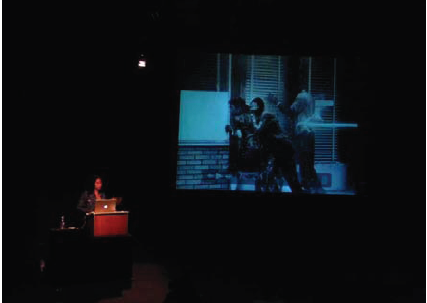 Instead of whitewashing history & laying a difficult memory to rest a pair of women decided to do something else.  Visitors to the first floor of the Dallas Country Records Building stopping for a drink will instead be greeted by 15 seconds of brutality.  Fire hoses & dogs attacking peaceful protestors, unleashed by the fear and hatred of white America.

We all attempt to escape our past.  Governmental acts apologize for events where everyone involved is already long dead in countries around the world.  In Dallas the past will be held in front of any passerby who takes a moment.  It’s history worth remembering as this nation continues judging the choices of others while ignoring their own indiscretions.