***this piece is about information from an article published here***

‘merica – Breaking news from the Partnership for Civil Justice Fund.  Corporate America and the increasingly aggressive federal government worked together during Occupy’s most powerful days to track potential terrorists.  These “terrorists” included activists, concerned citizens, seniors, professors, students and anyone else who decided to stand up against the blatant corruption eating away at the cancerous core of a once proud nation. …………………….. 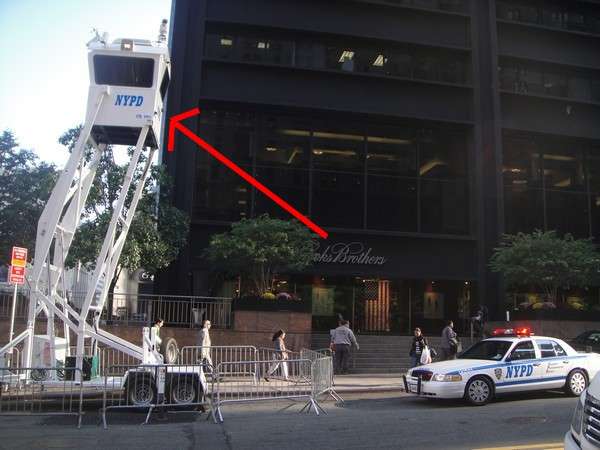 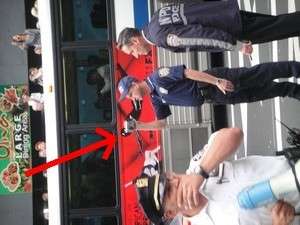 Throughout the time the main encampment stood near Wall Street police officers, presumably from the New York City Police Department, filmed activities, marches and the comings and going of protesters.

Many responded with bandanas in an attempt to protect their identity.  At the time it was obvious police were looking for possible clues and hints toward finding some of the hacktivists who’d organized the protest in the heart of global finances.  After a year of making corporate entities and government institutions look like fools with the theft and release of documents authorities wanted some arrests.  Occupy was a chance. 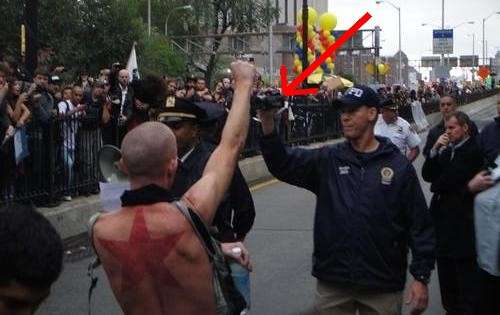 Only a sap or trusting suburban sheep would believe this the extent of recording usage.  Financial support for the NYPD helped keep cops on the ground.  Turns out the Feds got in on the action also.

America, a nation founded by pissed off wealthy white men who talked a lot about

liberty while not wanting to pay taxes or give up their slave labor.  Since then the federal government has a long, sordid history of sacrificing our supposed ideals for control.  <— Eugene Debs went to jail for a speech criticizing the Espionage Act after it gave the American government broad weapons against its citizenry.

This time the FBI and corporate America collaborated to deal with the problem of people standing up to question a system destroying the earth while leaving most of its citizenry behind.

Released last night, the Partnership for Civil Justice Fund broke news that the FBI treated Occupy Wall Street as “a potential criminal and terrorist threat even though the agency acknowledges in documents that organizers explicitly called for peaceful protest and did “not condone the use of violence” at occupy protests.”  Not exactly surprising.

The article continues to reveal heavily redacted information gathered through the Freedom of Information Act.  The Fund is currently acting to gain uncensored documents.  They hope to uncover the true scope of a tracking program that violates many of our most basic national ideals and principles.  Read all about it here.

A police state is forming in America, funded by taxpayer dollars at a time when hospitals are underfunded and schools are closing.  Our best chance to do something about it is right now before Big Brother is truly watching.  Care about your rights before they disappear. 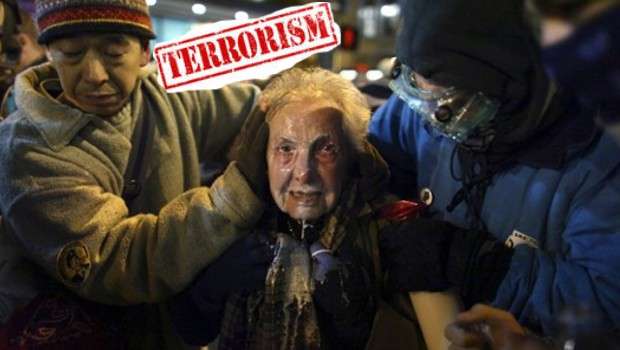