Green Lake lies at the bottom of a hole created by a glacial waterfall during the
last ice age.  Gorges and basins holding unique rock formations encircle the lake, covered in two dozen species of ferns.  Bought and gifted to the state of New York during the Great War to prevent obliteration by a limestone quarry, well marked trails wind through the surrounding trees to provide the woodland vistas unique to the Northeast.  When New York threatened to close the park last year local residents successfully fought to maintain a space for quiet contemplation and communion enjoyed by tens of thousands yearly.

Exploration lies in human nature.  For the more intrepid traveler an unmaintained track disappears into the forest near the northwest corner of the westernmost trail.  Easier to spot in the snow than the foliage filled summer months, snowshoe tracks, footprints or 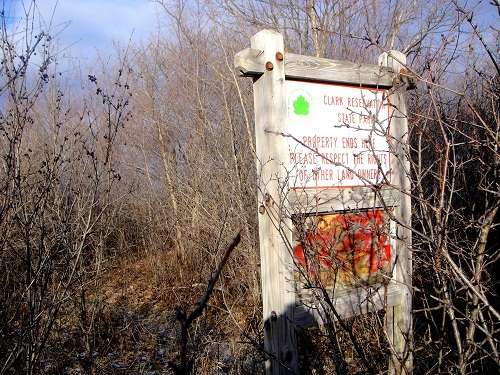 mountain bike tread marks may point the way.  Straying into the third on the park
map’s left leads toward the unmarked path.  The trail dwindles quickly to a narrow footpath, branches sliding passed.

A sign rises from the vegetation to the left.  New York’s Office of Parks, Recreation and
Historical Preservation is kind enough to warn about the end of their dominion.  A few hundred feet further and the track spills into another trail perpendicularly.  A canopy of young trees reaches overhead while a chain link fence creates a barrier against forward progress.  A turn to port (that’s your left) and a dozen more steps will find the fence defaced to create an opening. 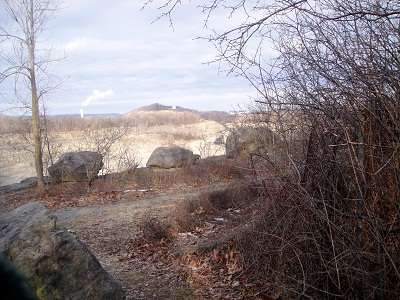 Another hole in the ground juxtaposes that left behind.  A quarry found its’ home after all.  Ownership just needed to move a few miles down the road.  Today it lies defunct.  Stepping passed graffiti covered boulders an irregular rectangle sinks 100 feet down, a jagged scar on the land.  A raised road for the enormous haulers used snakes around the near wall halfway between floor and excavation’s edge.

Normally deserted, this portion of the old Allied Quarry lies hidden, an unhealed wound
carved by industrious man.  Birds call from the trees and sky above, echoing softly off the void’s walls.  The space allows an opportunity to reflect on the struggle between humanity and their environment, smoke stack and office buildings dotting the hills.  Two spaces
existing so near one another, conceived with such different intentions.  One to protect, another to profit, people’s actions remaining long after decisions made.  Rarely in life are the trails connecting mankind and nature so literal.  An afternoon spent between the two is an opportunity to meditate on our linked fate before returning to the bustle of routine. 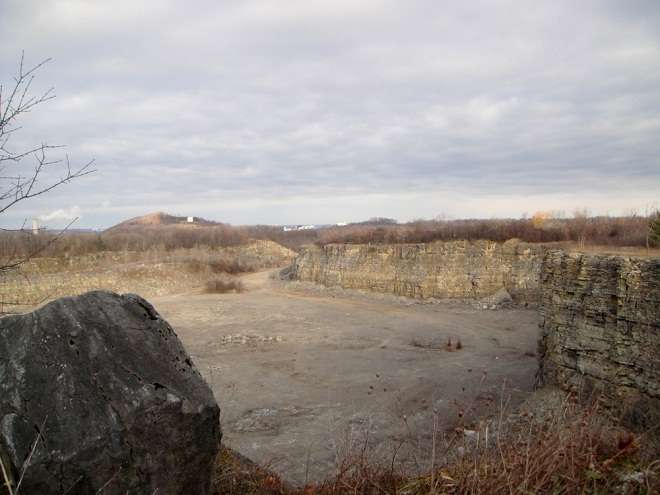 This entry was posted in I was there, Wanderings and tagged clark reservation, degradation, exploration, man, quarry, wanderlust. Bookmark the permalink.